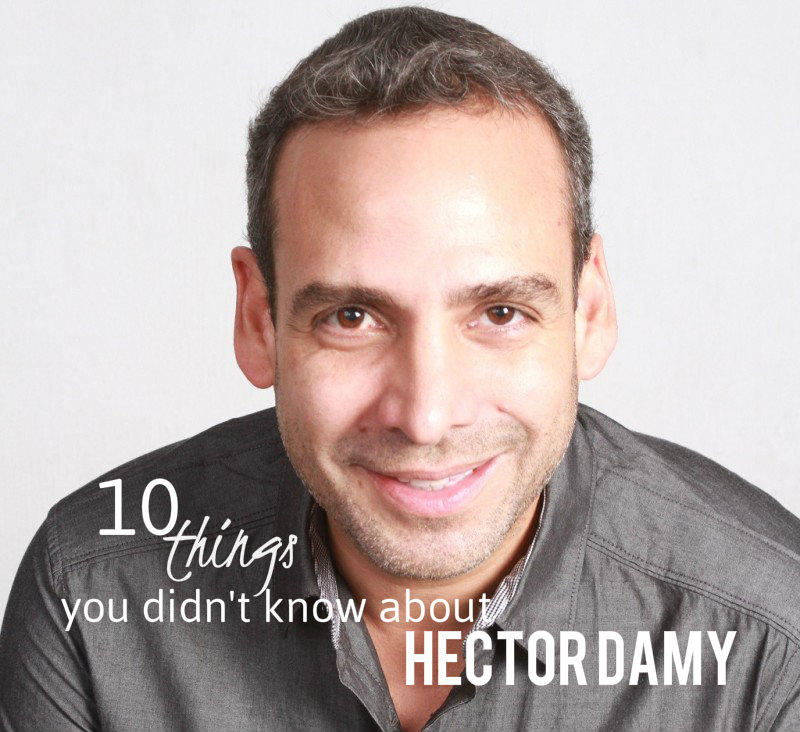 After graduating with a Communications degree from ITESO and Centro de Actores y Autores de Occidente, Hector Damy followed his dreams all the way to Broadway and then back to Mexico! Over the past 20 years, he has been part of many creative and artistic projects in New York City, Miami, Mexico City and Guadalajara, including: as a producer for television; a creative director in different advertising agencies; as director, producer, and choreographer in countless theater productions; and as casting director for theatrical and television shows in both Mexico and the United States. As an accomplished entertainer, Hector has performed as an actor, singer, and dancer in a variety of plays, musicals, and television shows.

As Production Director, Hector is responsible for implementing the creative, technical, and logistical elements for each event design. If you haven’t had the pleasure of meeting or working with Hector yet, here’s your chance to get to know him a little bit!

1. I was born and grew up in Acapulco, Mexico. I am also a Leo with my ascending sign in Leo as well, which is undoubtedly the BEST sign of the horoscope! Yes, I am a bit egocentric, but I am also noble, creative, and obsessive with establishing order and following the rules.

2. Although my dream was to be an actor, my parents forced me to find a more stable career. So, I studied Communication in college as I thought that career was the closest thing to entertainment. Thanks to choosing that degree, I have always been able to combine the business and artistic sides of art.

3. I love Musical Theater!!! Ever since I was 10 years old and my parents took me to see José el Soñador (Joseph and the Amazing Technicolor Dreamcoat). Coincidentally, the actor who played the role of José at that time (Memo Méndez), was the one who starred in the first professional musical that I worked on in Mexico City.

4. Whenever I travel I love to see musical theater–Mexico City, Buenos Aires, New York, London, even Hamburg – although I do not speak German. By the way, I collect the program booklets from every musical I see.

5. One of my favorite cities in the world is New York, where I had the opportunity to live from 2017 to 2018. I just went to London and loved it, but one of my desired trips is to go to Cairo, Egypt! I hope to do it soon to visit the Pyramids of Giza.

6. I love to EAT! Especially, strange and unusual combinations of food. My favorite meal will always be a delicious hamburger. However, I’m always on the hunt for some twist on the burger idea, no matter, if it has peanut butter or bacon, dipped in chocolate. When I am traveling, I seek out the best local burger joints to see what they offer…

7. I love listening to music, especially musical soundtracks. Of course!

8. When I have some pending issue or problem to solve, it is very common for me to find the answer while I sleep. So I have learned to sleep with a pen and notebook on the side of the bed, because I can wake up at any time with the answer or, even better, a brilliant idea!

9. I have taken all kinds of dance classes from ballet, jazz, tap, Mexican folk, hip-hop, musical theater, to tango, but I need to learn flamenco. It’s at the TOP of the list!

10. I am always having fun, and am considered the joker on #TeamElenaDamy! And, my humor can get a bit dark and sarcastic too… black humor never fails to make me laugh!

Want to meet up with Hector Damy?

To chat with HECTOR about the entertainment or production for your special event, please feel free to email him at hector@elenadamy.com.